Northampton, MA —Myers, a leader in broadcast management solutions for nearly three decades, has announced Nathan McCarthy as their new Chief Operating Officer (COO). In his new role, McCarthy will be responsible for ensuring the company’s continued growth and success. He will oversee day-to-day operations and assist in driving Myers’ long-term strategy for broadcast and digital product innovation.

Over the last year, Myers has not only experienced substantial growth in terms of revenue, but they have also expanded their team.  This year, Myers’ product development initiatives include a second major release of their ProTrack broadcast management system, built on the forward-thinking HTML5 technology platform. The new release, ProTrack v6.08, will be previewed at both PBS TechCon and the NAB Show, where McCarthy will make his debut with the Myers team. 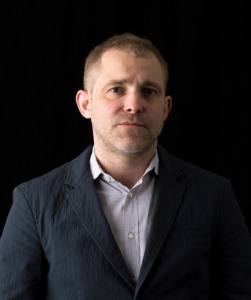 “Having Nathan join our team in this vital position is a fundamental next step in investing in our company’s goals and objectives for the future,” said Crist Myers, Founder and CEO of Myers. “His diverse background and extensive knowledge in media will serve as key attributes in driving our company forward and helping to strengthen our position in market. I am truly enthusiastic to have him on board.”

McCarthy brings more than 10 years of media industry experience to Myers, the most recent of which were spent orchestrating the launch and implementation of the Public Media Management (PMM) solution as Senior Director of Media Strategy for WGBH. Prior to WGBH, he served as Senior Program Manager at AppNexus, a technology stack for Programmatic Advertising companies, where he ran the effort with Xaxis and Shazam to further adopt the AppNexus platform.  McCarthy also was the Director of Professional Services at INVISION and a Senior Product Manager for Bloomberg, where he was involved in building one of the first digital asset management systems to utilize FIMS (Framework for Interoperability of Media Systems). McCarthy is a graduate of the City College of New York where he earned his Bachelor of Arts in Media and Communications.

“Although television is still a primary component of the media advertising mix, the emergence of additional revenue streams has necessitated the adoption of new technologies to manage inventory. This in itself presents both a challenge and opportunity in the industry and one I am very much looking forward to joining Myers in helping build solutions that pave the way for capitalizing on more efficient and advanced advertising workflows,” added McCarthy.

See how easy it is to adopt ProTrack with your existing systems.